Gorgonmilk has delighted the OSR community today with his offer to pick up, dust off, and finish the Petty Gods book.  A preview of Petty Gods appeared in Oubliette Issue Six.  The community today seems to have unanimously supported the idea of resurrecting the project.  I've forwarded a PDF that James sent me last Autumn to Gorgonmilk, in the hope that it will be of some use in his task.  However, as everyone has shown such renewed enthusiasm for Petty Gods, I thought it would be OK to share the material here too.

The following images represent everything I have as a PDF.  I don't know who created it for James, but he did mention that someone was assisting on the layout. 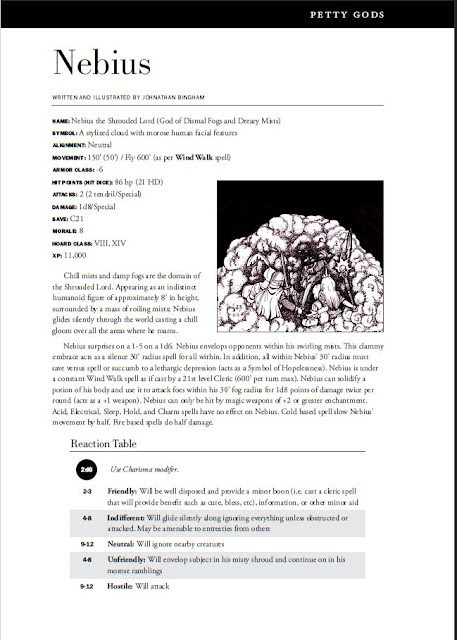 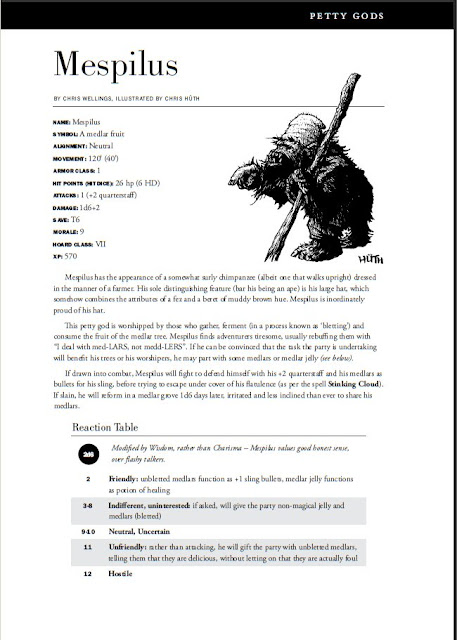 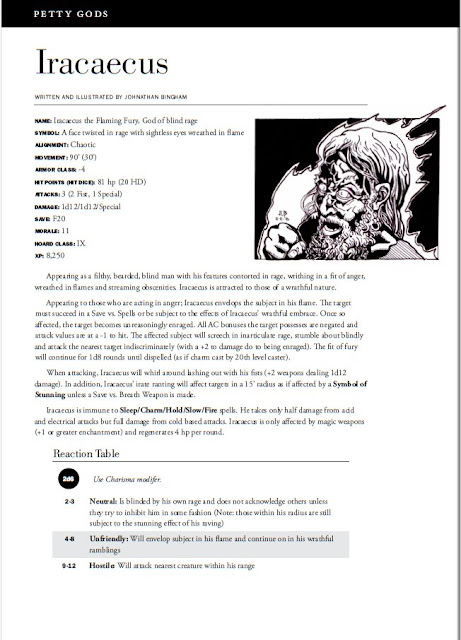 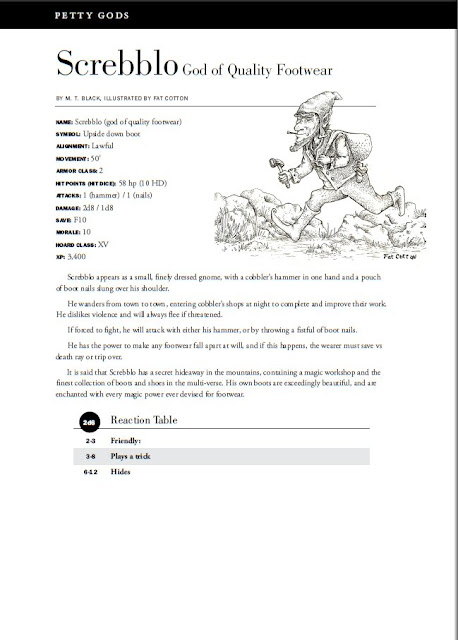 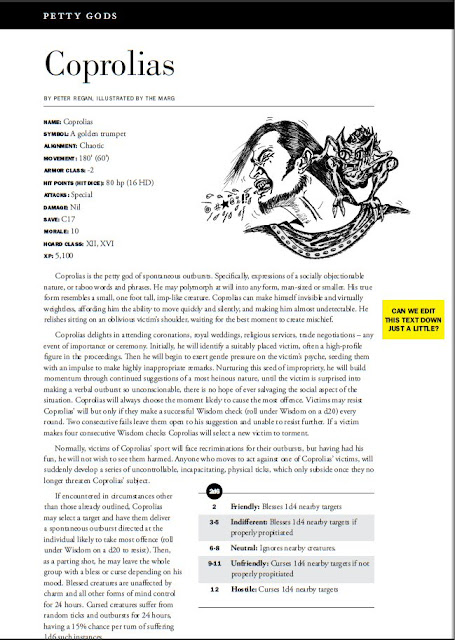 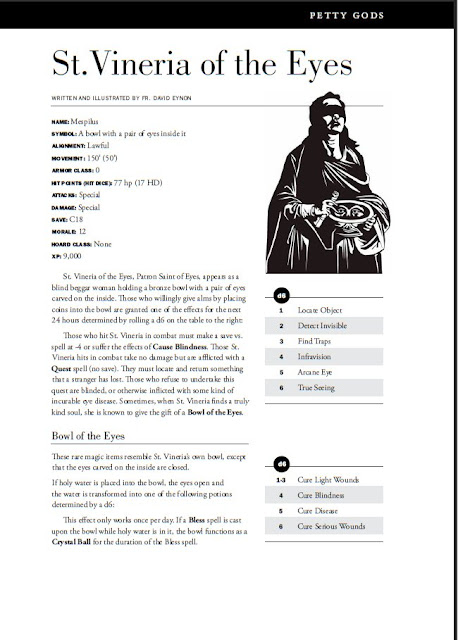 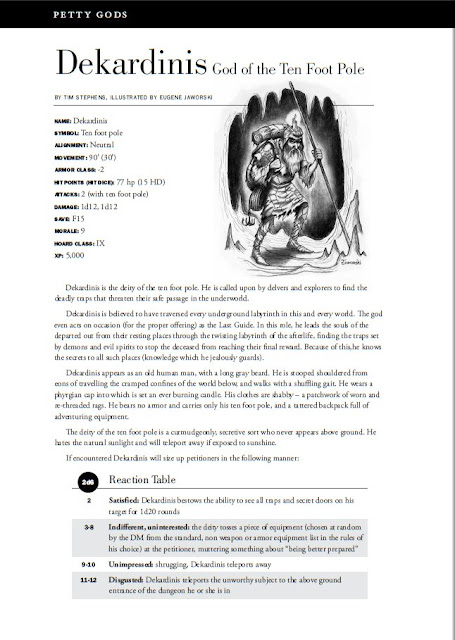 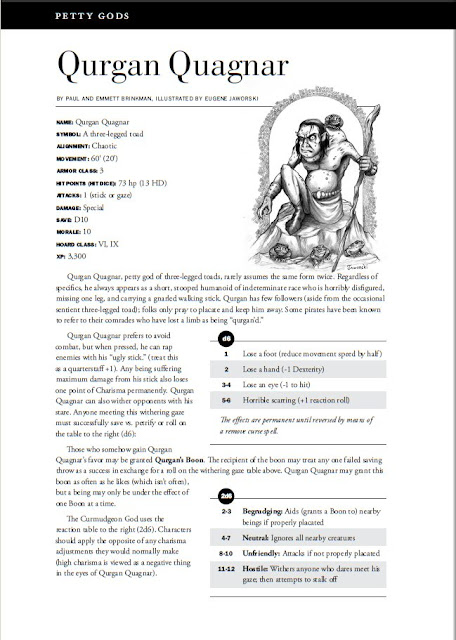 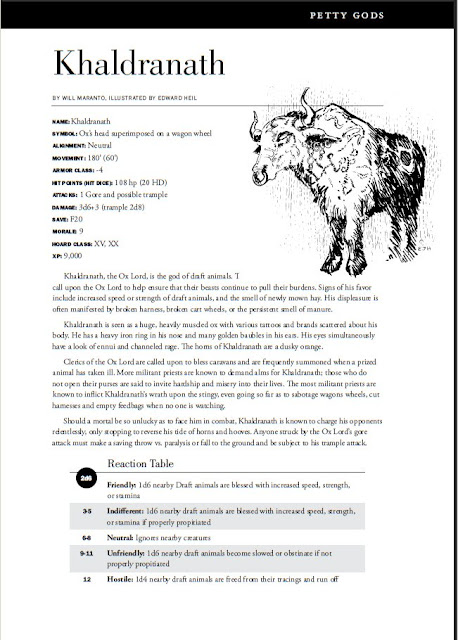 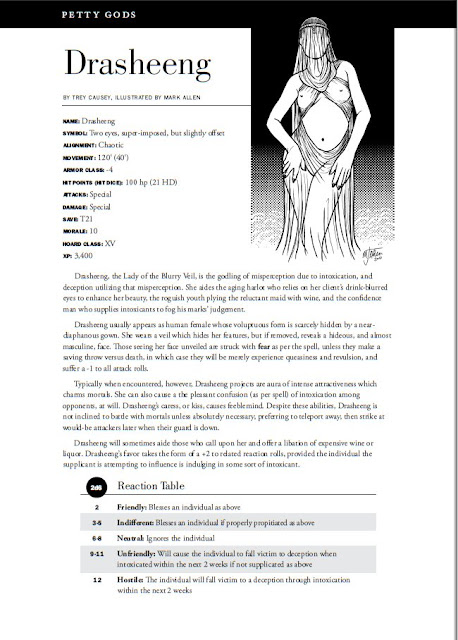 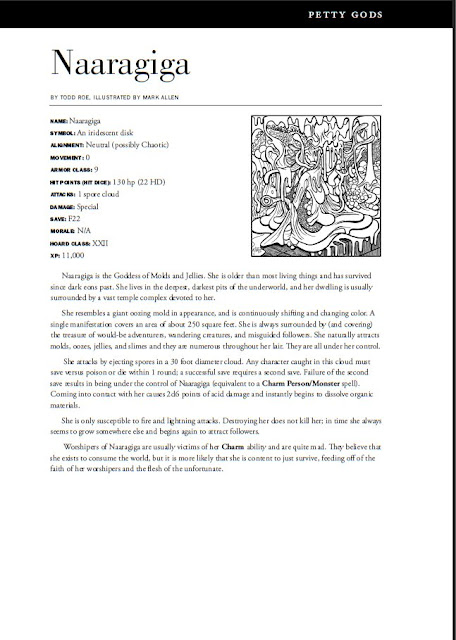 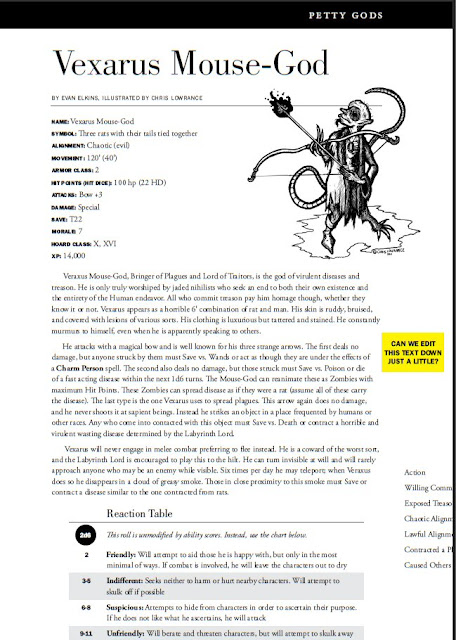