I've had a great time with my Kickstarter projects this year.  With four projects under my belt, the experience I've gained has been invaluable.  I have a long list of ideas for future projects, and would like to get at least a couple more done by the end of the year.

For me Kickstarter has allowed me to undertake 4 bespoke, niche, printing projects.  The success of these has also given me the confidence to invest my own capital in 3 further print runs, 2 trade stands, and a year's rental of a storage unit.  Aside from Kickstarter, I sell via my own webstore (www.squarehex.co.uk) and also on ebay (User ID: squarehexgames).  All this activity combined is turning into a nice little micro business.

Kickstarter #5 is a sequel to the PoGI (Pad of Geomorphic Intent).  It will be an A7 Hex pad (7mm hexes) which I'll be marketing as the Pad of Hexagonal Content.  I've still got some work to do on the stretch goals for the project but I hope to have it ready to launch in the next couple of weeks.  I've also been busy replenishing my stationery stocks so they'll be some great add-on/stretch goal items.  They'll also be a new and improved larger Box of Tricks reward on offer.  The photos below shows a mock-ups of the pads, along with the existing PoGI pad and A5 Hex pad, and some of the goodies I'll be including. 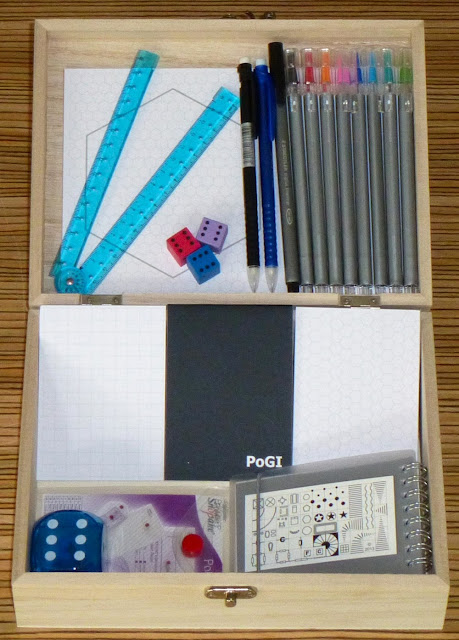 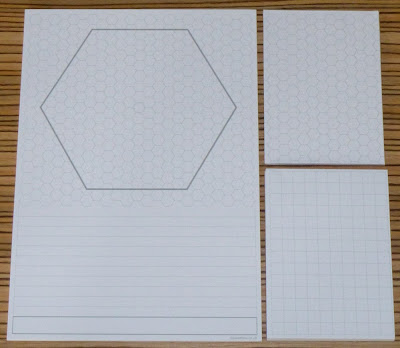 The pads of OSR character sheets from last month's Kickstarter campaign came in last week and the backers are already receiving their allocations.  If you missed out on the Kickstarter but would like to get hold of a pad they can now be ordered from my Squarehex webstore: 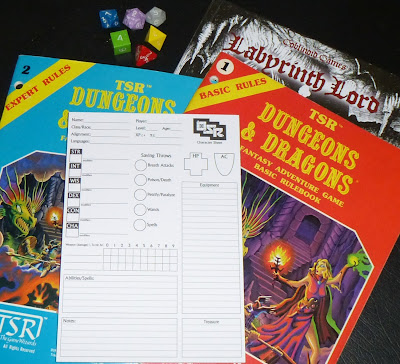 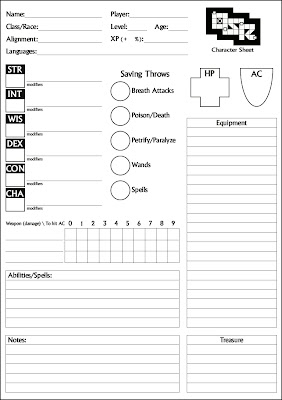