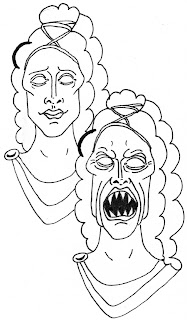 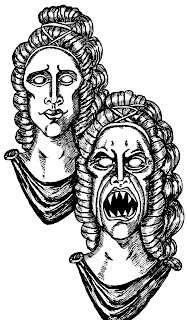 Just finished a rehash of the Creeping Statues from Oubliette Issue 2. The original ideal, that I espoused, which was to keep drawings to a bare minimum line-wise in my endeavour to save people ink, has, by demand, now evolved to something a wee bit more complicated. Here's a comparison of the two styles.
Posted by The Marg at 13:48 2 comments:

I had a great meeting with Richard Scott of Otherworld Miniatures a couple of weeks ago.  As a result, not least because of the review samples I came away with, my interest in miniatures is renewed.

It's been about 20 years since I last painted miniatures on a regular basis, so I'm a bit rusty.  Issue 7 of Oubliette will have an interview with Richard and a feature on miniatures.  In the meantime, I plan to paint the selection of figures he kindly gave me, and post a paint log for each of them.  I'll include brief details of the paints and materials used, the basic techniques, and step-by-step photos.  I'm not claiming to be an authority on miniature painting, or to have a great talent for it, but beginners might pick up a few tips on how to paint miniatures to a reasonable gaming standard.  I'll also find the painting logs useful in case I need to paint more of the same type of figures and need them look the same as ones painted previously. 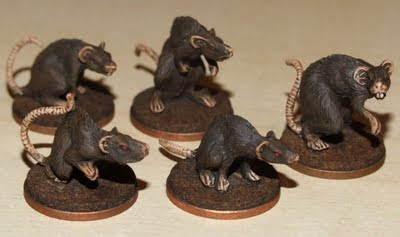 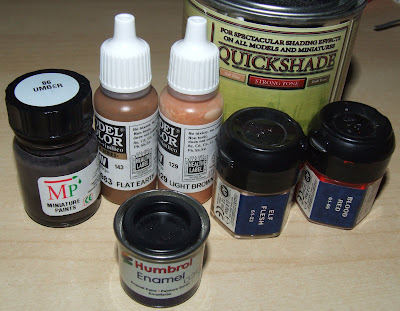 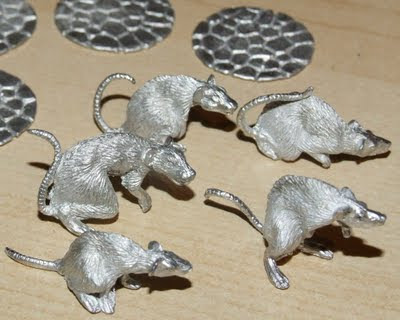 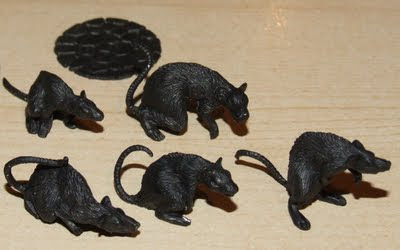 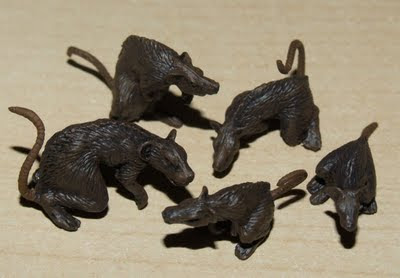 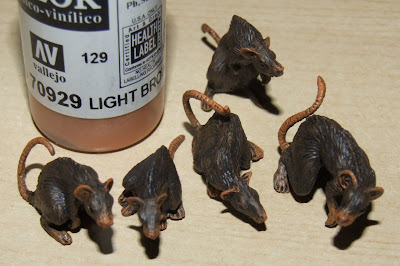 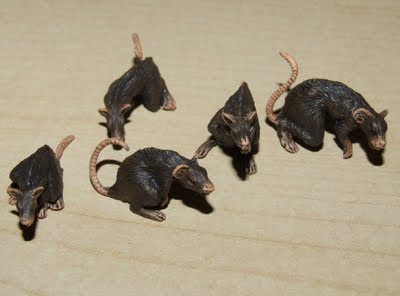 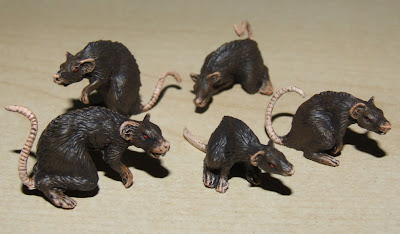 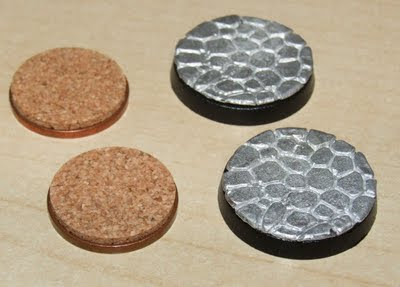 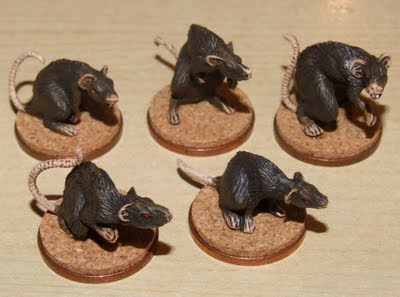 I felt very lucky today when the postman delivered not one, but four gaming parcels.  A couple were sets of miniatures snagged on ebay, another was an item that I'll be reviewing in the next issue of Oubliette, and the final and largest one of the bundle contained these goodies: 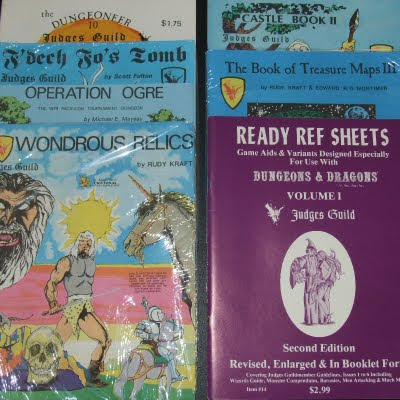 I ordered them from Different Worlds Publications who have an enticing range of JG and other titles for sale on their website.  Best of all, many of them cost almost the same as their original prices from 30 odd years ago.  I have James at The Underdark Gazette to thank for posting about his recent purchases from Different Worlds, otherwise I would have never heard about them.
Posted by Peter Regan at 19:06 3 comments:

Choosing a Projector for Gaming

Following on from the photos of my projected game map yesterday, I thought it would be helpful to share some of the technical details about the rig I use.  Here's a list of the kit in my set up:
Assembled it looks like this: 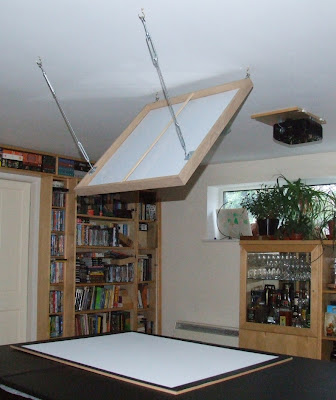 To generate a 50" image the projector needs to be 6'6" away from the screen.  The only way to acheive this in a normal room is to use a mirror set at 45 degrees.  The mirror needs to be fairly rigid otherwise the geometery of the image will be distorted.  Initially, I wanted to buy a projector with a short throw range which would allow it to have been mounted directly over the screen.  However, I spotted this one at almost 70% off so I was happy to put the extra work in.

Here's a list of what to look for in a projector:
In addition to these points, be very careful that the throw distance and range will allow the image size you want.  www.projectorcentral.com has a great calculator which allows you to fine tune distance, zoom and image size for hundreds of different projectors.  My projector is now discontinued, but here a link to the details of a similar spec model:

And here's almost the same as mine but with a shorter throw lens:

I first posted about using a data projector in April.  Since then, I've used it a couple more times and I'm really pleased with the results.  The photos below show the playtest map for Tomb of the Snake King which I'm busy editing for Oubliette Issue 7.  Each map has a second layer of solid black added which is then gradually deleted as the players explore each area. 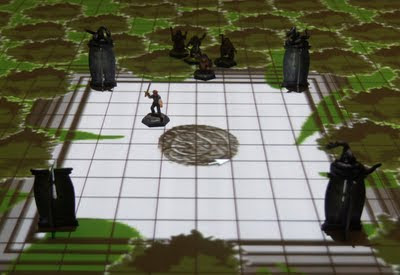 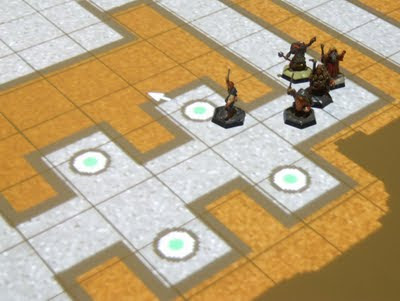 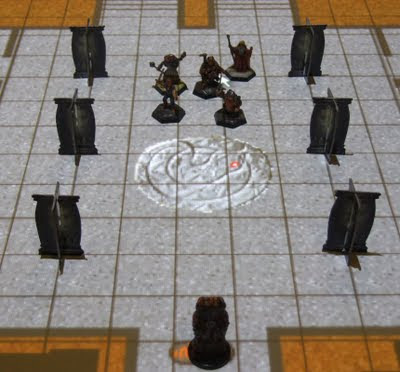 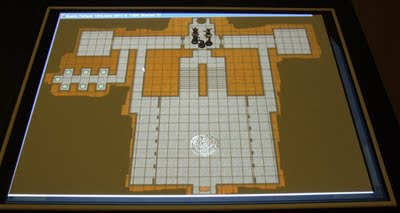 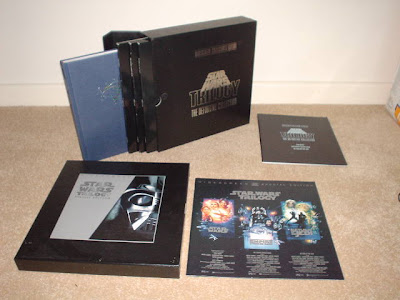 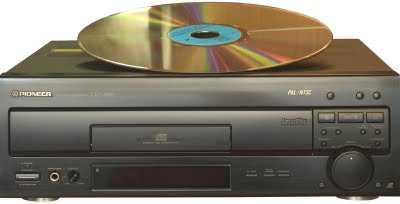 I'm hoping to have a review of Lego Heroica in the next issue of Oubliette, but in the meantime, here's an image showing the range of different micro figures included in the range. One of the sets (Caverns of Nathuz) also includes some giant bats (which are not micro figures).

I think they look great, and I'm already dreaming up D&D stats for the Golem Lord and his Golem minions. However, given that there are 4 sets, I'd hoped that there would have been a wider range of monsters included. Hopefully, the range will grow with additional sets next year. They could actually do some very small encounter sets with half a dozen new micro figures, and a few new weapons and treasure items.

The free download period for issue 6 is now over.  We chalked up an impressive 1,265 downloads, along with dozens of back issue sales.  In print, the compilation edition of the first four issues is still selling strongly, but it was also great to see orders coming through for the individual print issues of Oubliette 5 and 6.

Special thanks must go to our issue 6 advertisers, whose ongoing support will enable us to offer Oubliette as a limited free download for the foreseeable future. 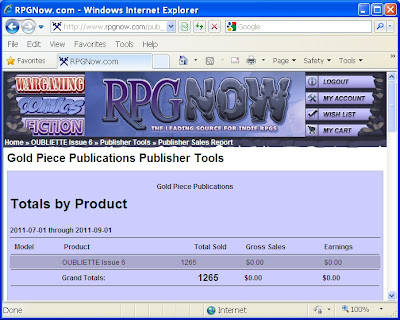