The Kickstarter for GOZR - An Adventure RPG in a Broken Future World is now live. The campaign funded in the first hour and we've just lined up the first Stretch Goal.

Check out the project page here: 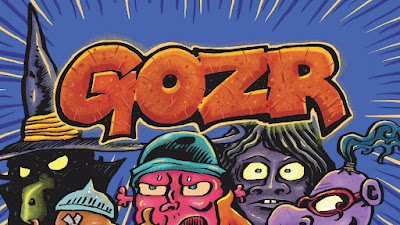 The Kickstarter for Dyson's Book of Swords is now live. It funded in just 24 minutes!

Dyson's Book of Swords is a compilation of the #Swordtember and #Choptober entries posted on the Dyson Logos blog in September and October 2021. This campaign reproduces all 50 swords in a square format, perfect-bound book. The 104 page book will feature a full page illustration of each sword along with a description of the sword's magical properties on the facing page.

Check out the Kickstarter here: https://www.kickstarter.com/projects/1730454032/dysons-book-of-swords 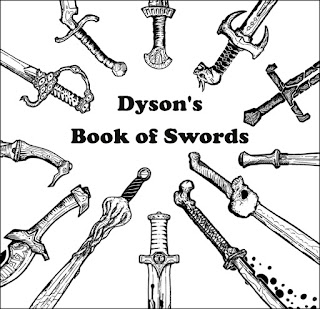 Considering the the ongoing impact of Covid, I'm pretty pleased with how things went in 2021. Sales of The Black Hack were solid, but we ran out out of print copies in June and so funded a reprint with a Kickstarter campaign. Stock of The Black Hack will go back on general sale in early January 2022 and we should have enough stock to last another 18-24 months. The Black Hack in PDF form clicked up enough sales to become a DriveThruRPG Adamantine best seller, which is quite an achievement when you consider that only 136 other titles have managed to reach the same status.

We ran 2 other Kickstarters during 2021. The first was an intentionally small project to print some Dungeon Geomorph mapping pads. The second (Dungeon Master's Little Black Book) was also intended to be a small project. However, it smashed its goal and went on to get over 1800 backers, which is more backers than we've had for any previous project. The welcome success of that project generated a lot of extra work. I did have another small project ready to go, but I had to shelve it to focus on The Black Hack reprint.

2021 saw a tentative return to conventions. Squarehex had a stand at both the UK Games Expo in August and Dragonmeet in December. We were anxious about returning the the shows, but thanks to the rules in place we felt safe at them. It also helped being part of an island block of stands with our friends at All Rolled Up and Patriot Games.

The first job of the New Year is to put The Black Hack books and boxed sets back on general sale. At the same time I'll attempt to tidy the Squarehex webstore up a little. There's also a fair bit of admin work I'd like to do including a full stocktake and reorganising our storage, show stock, and getting new convention signage.

We'll be back with more Kickstarters. My list of potential projects now runs to several pages, and there are at least 8 that could potentially be selected to run this year. In no particular order they are:

I expect that we'll run 2 or 3 from that list and there's always a chance that something else will come along that manages to jump the queue. I'd also like to print some more mapping paper pads, but the rising cost of Overseas postage is making it increasingly hard to distribute them.

Italian fans of The Black Hack will be interested to learn that we have signed a license deal for an Italian Edition of the game. I'll share more details about it when it's ready to launch.

If they run, we'll be back at conventions in 2022. We've booked a stand at the UK Games Expo in June already. We also hope to be at Continuum (local to us in Leicester) in August, and Dragonmeet in December.

Thank you to everyone that supported our work in 2021, I hope we can tempt you back with something new this year. 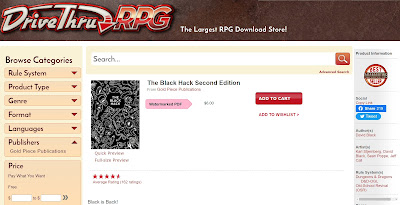 The Kickstarter to fund a reprint of The Black Hack Second Edition hard cover rule books is now live. The project will allow us to print lovely, offset copies of the book with stitched binding and a black ribbon bookmark. Backers will not only save money on the retail price of the books, but they will also get a set of bonus booklets with their rewards.

Back at the basic hard cover level (£18) and you get a copy of the A5 124 page hard cover book, A7 16 page Arcane Spells booklet, A7 16 page Divine Prayers booklet, A6 20 page Lore booklet for writing notes/rules, A6 20 page Locales booklet for drawing maps and 2 double-sided, laminated Quick Ref cards.
There are higher level reward options too including a Boxed Set. And, for anyone that already has The Black Hack in print there's a low cost (£3) reward with just the 2 new booklets and the Quick ref cards.
You can find the project here:
https://www.kickstarter.com/projects/1730454032/the-black-hack-second-edition-redux/description 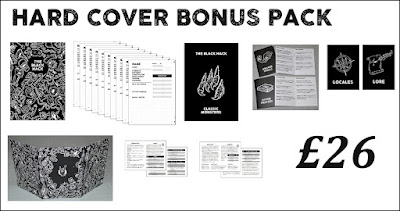 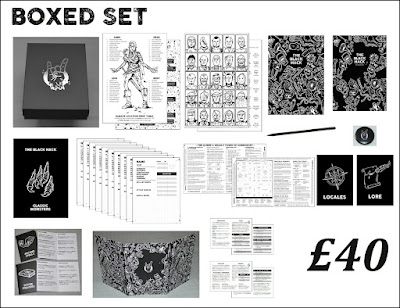 I've just launched my Dungeon Master's Little Black Book project on Kickstarter. It's off to a flying start and funded in the first few minutes. 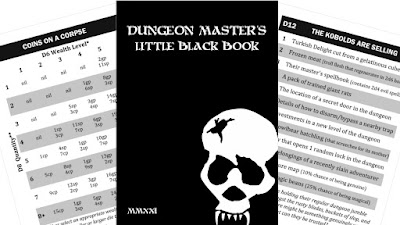 I just launched 7 day Make100 Kickstarter project. Over half of the rewards have already been snapped up so if you want in better be quick! 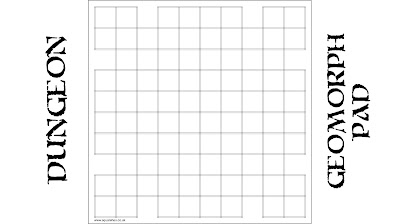 Considering the reality of 2020 for many businesses, Squarehex has had another relatively good year. The main downer was not being able to attend any Conventions. However, we did get some government support which partially made up for what we lost due to the cancelled events. We managed a couple of mini Kickstarters (Combat Counters and Keyboard Mapping Pads).

The main project of the year was The Black Hack Classic Monsters book. It did better than I expected on Kickstarter, which led to the book having some extra pages. To be honest I was quite glad to have the extra work over the Summer putting it together and then the fulfilment in the Autumn.

Ongoing sales of the rest of the Black Hack range have been strong throughout 2020 and we've had a few more stockists carrying our products. The main impact of Covid on web orders has been delays in the postal system. Thankfully, even with delays we had very few parcels that didn't eventually arrive.

For 2021 it looks like it will be Autumn at the earliest before even smaller Conventions can run in the UK. From a business planning perspective I'm making the assumption that there won't be any large Cons in 2021, but I hope that I'm proved wrong.

Brexit is also presenting a few problems for UK businesses. Sales to the the EU only make up about 20% of our business, and it looks like the main risk will be that export orders to the EU may get hit by VAT in some countries. It's too early to tell how much of an issue that will be, and what impact it might have on sales. The increased cost of postage to the USA and the current strength of the £ are bigger threats at the moment as the USA accounts for about 50% of our trade. The strong £ also reduces income from PDF sales as they are generated in $.

My main plan for 2021 is to keep my head down and bash out a couple of small Kickstarter projects before the Spring (Dungeon Geomorph Pads in mid January and a Zinequest project in late February). Then in the Spring I hope to have a new Black Hack project ready to go. Beyond that there are lots of other new things I'd like to get on with. Maybe I'll feel more bullish once I've had the jab. 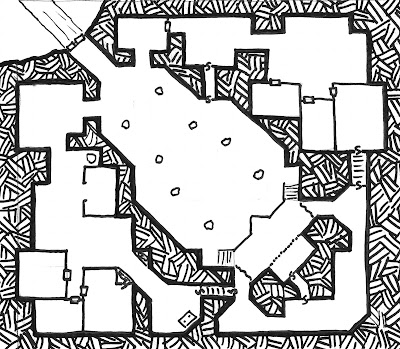