Book an Advert in Oubliette 6!

After the success of the Oubliette Issue 5 giveaway, I'd like to continue to offer future issues as free downloads for several weeks after they come out.

Issue 5 of Oubliette has reached over 800 people so far, which gives me every confidence that Issue 6 will have a circulation of over 1,000 copies - within one month of publication.

Commencing with Issue 6,  I have decided to offer a limited amount of space to advertisers interested in reaching our readership.


The rate card below provides all the basic information for booking an advert in Oubliette Issue 6.  Adverts will all be black and white in both the PDF and printed editions.  Any adverts included will automatically appear in any future printed compilation of whole issues at no extra cost. 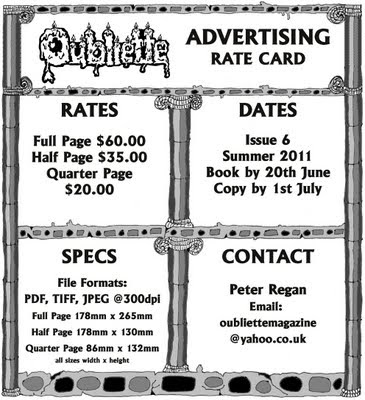 Here's the next A monster in the book:
ApparitionNO. ENC.:  1d4 (1d4)ALIGNMENT:  Chaotic (evil)MOVEMENT:  240’ (80’)ARMOUR CLASS:  0HIT DICE:  8ATTACKS:  1DAMAGE:  See belowSAVE:  F8MORALE:  12HOARD CLASS:  XVIIXP:  2,060AVG. HP:  36
Apparitions appear as translucent, skeletal creatures dressed in tattered rags.  Their eyes burn with a crimson light.
Apparitions are undead spirits of creatures that died as the result of an accident.  The twist of fate that ended their life prematurely has driven them totally and completely to the side of evil.  An apparition is often mistaken for a ghost or spectre.  Apparitions hate all living creatures and attack them on sight.  Apparitions are essentially ethereal creatures.  They exist mainly on the ethereal plane but can project their image onto the material plane.  An ability akin to E.S.P. enables them to detect potential victims up to 100 feet away.
An apparition attacks by fear, implanting a suggestion in a victim’s mind that it is being strangled by the apparition’s bony claws.  No to hit roll is required, and the apparition phases on to the material plane for one round per attack it makes.  This is the only time the apparition may be struck and only magical or silver weapons will affect it.
Victims must make a roll under their intelligence scores on 3d6 to resist an apparition's suggestions.  If they succeed, they are immune.  If they fail, then they are stricken with terror.  Next, they must roll 3d6 against their constitution.  If they roll under their constitution score, then they flee in terror for 1d4 rounds.  If the roll equals or exceeds their constitution, then they suffer a major seizure and die instantly.
Any humanoid slain by an apparition becomes an apparition after 2d4 hours.  Victims may be raised from the dead, but only if the attempt to do so is made within one hour of their passing.
Apparitions are powerless in sunlight and will flee from it.  They will also be reluctant to approach mirrors or objects made of silver.
Posted by Peter Regan at 10:38 No comments: 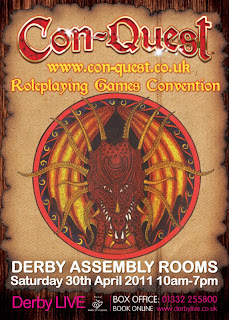 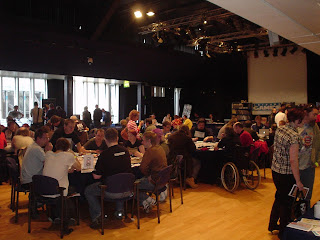 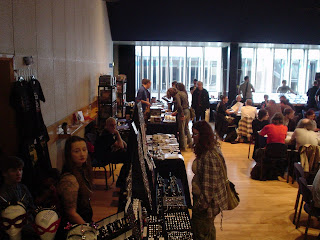 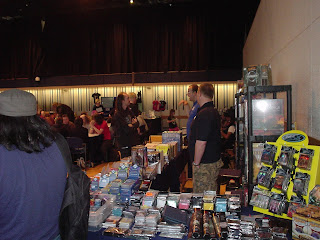 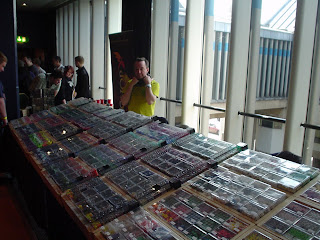 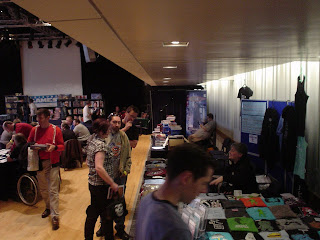 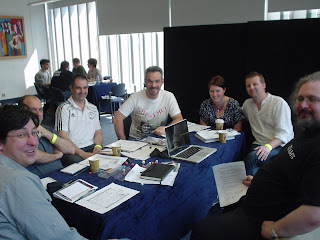