Even though it's -5 degrees outside, our household is well on the way to enjoying a very merry Christmas.  I'm not meeting up with my gaming pals until the 30th, so in the meantime, I thought I'd share a couple of OSR approved non-gaming reviews.

Although I'm not normally a beer drinker, at Christmas I usually make an exception.  Here's a cross-section of winter warmers.  I know the OSR is just small niche of a few thousand players, but clearly the beer marketeers are blissfully unaware of that.  Look at these bottles - they scream old school. 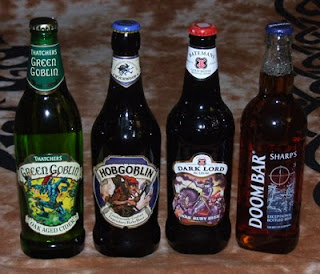 I didn't think much of the Green Goblin cider; I'm guessing that it's probably a 'me too' product cashing in on the olde worlde goblin pictures to sell drinks to immature 40somethings (that would be me then).  Doom Bar was my favourite, but I think it's more a drink to be enjoyed in a Cornish beer garden, a stone's throw from the brewery.  Dark Lord is a dark ruby beer which, for me, was just a bit too malty and treacly.  So that makes my top choice for  Christmas beer, Wychwood Brewery's Hobgoblin Ruby Beer.  It has a very pleasing taste pretty much slap in the middle of the other two beers.
What better way to accompany a warming flagon of beer than some traditional Christmas music.  Our house normally awakes on Christmas morning to Mario Lanza's joyful tenor, belting out timeless Carols.  For Christmas Eve, I've added a couple of albums to our server that offer new and varied takes on traditional English Carols.

First up is Annie Lennox: A Chistmas Cornucopia 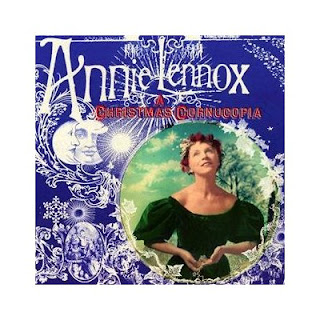 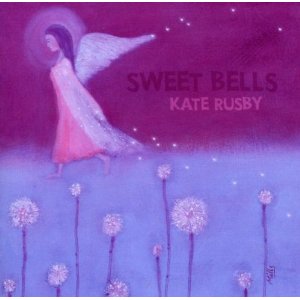 Whatever you're  playing, drinking or listening to this holiday,  I hope you have a most Merry Christmas and a Happy New Year.
Posted by Peter Regan at 21:36 1 comment:

I intended to publish Issue 5 of Oubliette just in time for Christmas.  Unfortunately, the Unusually harsh early winter weather, an unexpected trip to London and several family members becoming quite ill with a nasty dose of flu, have all conspired to prevent me from completing the magazine with my usual gusto.  Rather than present an inferior issue next week, I am going to delay realeasing it until the end of January.  It will be worth the wait though as I'll have a nice surprise to announce with it.
Posted by Peter Regan at 11:47 No comments: