I've just rediscovered a map idea from a few years ago that I'd forgotten about. It is a fantasy campaign map centred on the village I live in (Desford, Leicestershire in the UK). I started with a standard internet map (doesn't look exactly like the current Google map but very similar). 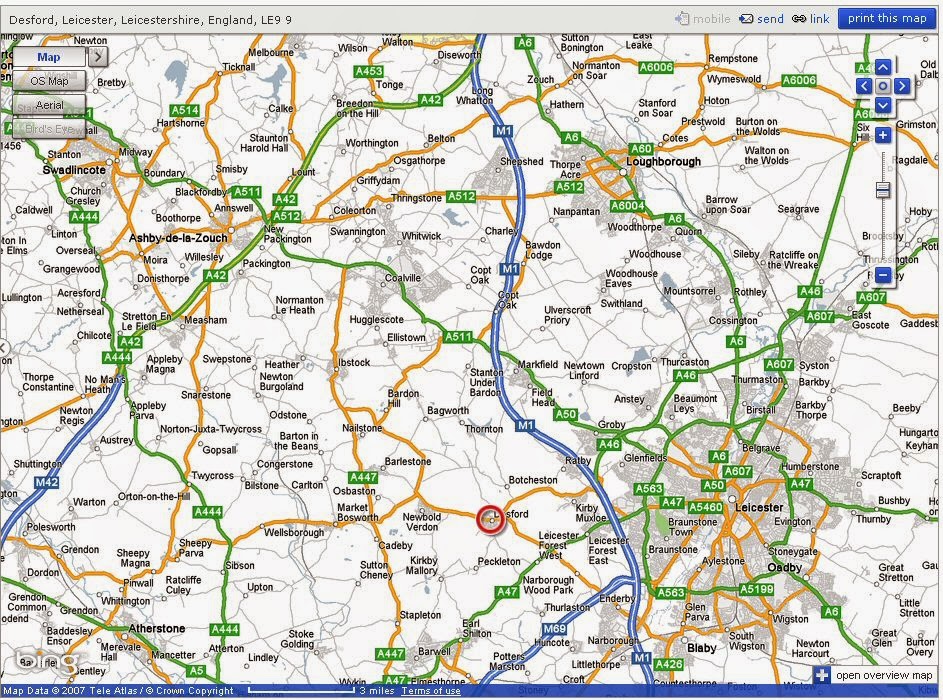 Next, I began deleting hundreds of years of development to make the map less crowded. 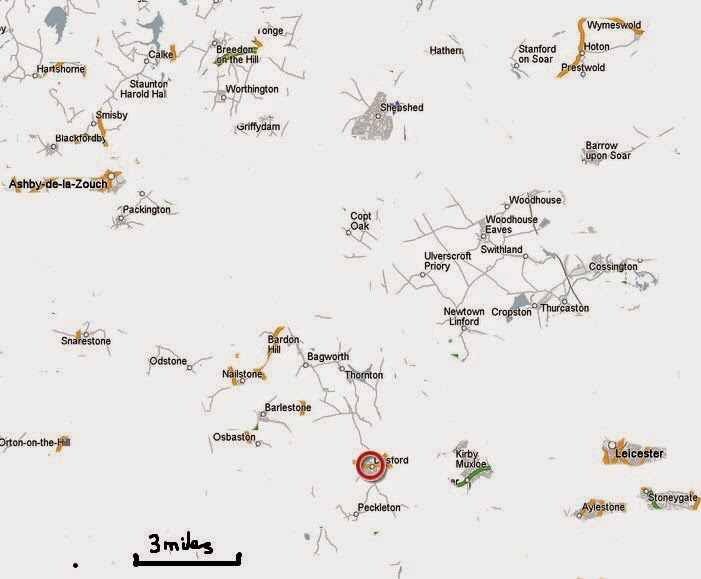 Then I drew in the river, some roads and a forest. That's as far as I got with it, but I think I might do a hand-drawn version of it next, and maybe do some short write-ups. I considered changing some of the place names, but as I've already deleted the ones that I didn't care for, I might just stick with them. Has anyone else given this sort of thing a try?

My gaming group also plays a contemporary, post apocalyptic game set in Leicestershire (where we're all from). That game not only uses lots of locations we know well, but also people we remember from our youth as NPCs.
Posted by Peter Regan at 09:24