I've kept an eagle eye out for news of any Lego Heroica releases, but it appears that there will be no new sets for 2013.  Last year, Lego released Ilrion (a set that adds a Vampire Lord, Giant Vampire Bat and Zombies to the Heroica lineup).  In the UK, this set is only available directly from Lego online (and probably at the 5-6 official Lego stores), so it is quite a rarity. 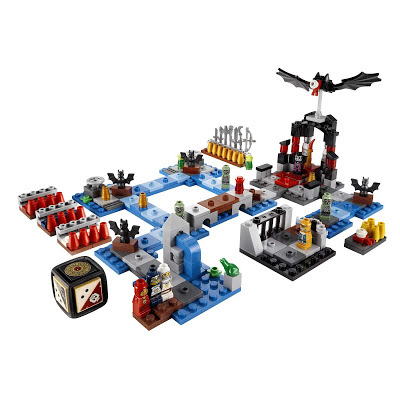 The other Heroica sets have largely disappeared from retailers and even Amazon seem to be no longer stocking some of them.  Based on my limited experience of the Lego market, it looks very likely that Heroica will be done and dusted by the end of the year.  If you were planning on picking up any sets, I would do so sooner rather than later, as once the sets reach what Lego collectors call End of Life (Eol), their prices on ebay and the Amazon Marketplace could really take off.  Brickset is a good site to use for further information on all the sets in the range:

In addition to the Ilrion set, I also recently picked up a Heroica Storage Mat from ebay.  Whilst this is a nice item it fails in its main purpose (storage) as it can't hold the full set of Heroica game sections.  However, it does come with a very nicely made, fold-out game board that is perfect for setting all the Heroica games out for play. 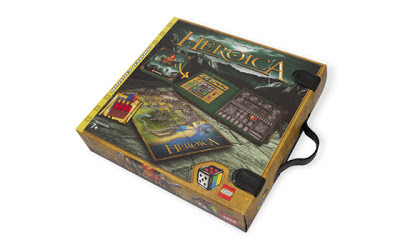