Does Fantasy Sound Better with a British Accent?

The BBC have got an interesting article up today discussing the fact that many characters in fantasy film and TV productions talk with British accents. They cite The Lord of the Rings films and TV adaptation Game of Thrones as examples where most, if not all the voices are British. Indeed in Game of Thrones, Peter Dinklage is singled out as being the only US actor who, for the show, puts on a very convincing RP (Received Pronunciation) accent – very apt for a Lannister.

To my British ears, these shows would just sound wrong to me with US voices, and I say that as someone who generally prefers US TV shows to British ones. However, in using British accents all of these productions face another problem with the use of regional accents. In The Lord of the Rings the hobbits all have different accents, suggesting they are all from very different locales. In Game of Thrones the voices in Winterfell are all essentially from the North of England, but even amongst those there seems to be a mix of Yorkshire, Lancashire and a bit of Scottish. What's the US perspective on how they sound? 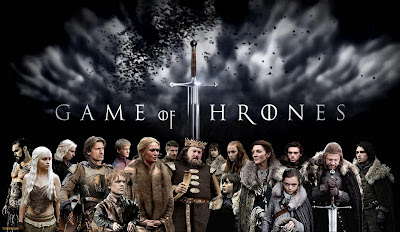