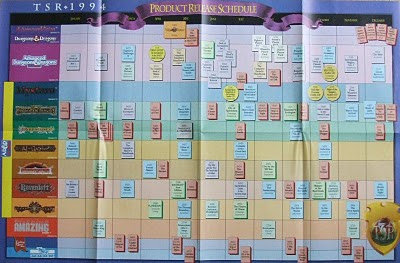 It features 100+ products spread across the various campaign settings.  For me it's a perfect example of where marketing went wrong in gaming.  Imagine how great it would have been if they'd included a pull-out game supplement with a fold-out map.  As I go through my gaming boxes I'll add more items that catch my eye.  I'll also include some of the gaming purchases I'd rather forget.
Posted by Peter Regan at 19:57